Okay!  We confess!  We haven't updated our blog since July 2017 and it's now December.  Our bad.  We truly hope to do better in 2018!  We are still here and the latest installment in our Grandmothers Incorporated book series, WHOSE KNIFE IS IT ANYWAY, is doing well.  Our three amateur sleuths are still kicking butt and solving crimes!  As the year ends we would like to offer Ebook readers another generous discount offer on the SMASHWORDS.COM book website.

The SMASHWORDS 2017 END OF YEAR SALE will run from Christmas Day, December 25 through January 1st, New Years Day.  Three books in the Grandmothers Incorporated cozy mystery book series, Saving Sin City, There's Something Wrong with Miss Zelda and Whose Knife Is It Anyway will be offered at 50% off.

To  purchase any one of the four Grandmothers Incorporated books in the series simply click on the book cover on this blog and it will take you  to Smashwords.com.  Starting December 25, 2017, use the special Coupon Code for the book you want to purchase at discount and receive 50% off your purchase!  The offer ends at midnight on January 1st.

HAPPY HOLIDAYS!
Posted by grandmothersinc50 at 7:48 AM No comments:

BOOK SALE IS ON FOR THE SUMMER!!


Saving Sin City
There's Something Wrong with Miss Zelda
and the latest release
Whose Knife is it Anyway?

Simply go to Smashwords.com, look up any of the books above and type in the code SSW50 to purchase any of the titles above, and remember that the title, Grandmothers, Incorporated, can always be purchased on Smashwords at its usual affordable price.

Posted by grandmothersinc50 at 6:59 PM No comments:

We missed blogging last month.  It was a busy time for all, and these last few months since WHOSE KNIFE IS IT ANYWAY was released have been very good ones.

Through WHOSE KNIFE IS IT ANYWAY, The ladies of Grandmothers, Incorporated, have been introduced to very enthusiastic members of a Book Club who, to our delight, keep on ordering books.  Readers may not know it, but authors we know love to interact with readers.  This is how we know whether or not what we write works.   Book Clubs are particularly good at providing face to face interaction.  The questions asked, the analysis of the characters and the critique of storylines all enhance us as authors.  Our job as writers is to entertain the reading public.  Book Clubs let us know whether or not they have been entertained, and that's invaluable.

So, if you're a member of a Book Club and you would like to discuss the latest book, WHOSE KNIFE IS IT ANYWAY, or any other book in our series--or all of them--drop us an email at grandmothersinc50@yahoo.com. If we can't come to where you're located, we'll see if we can make other arrangements to address you Book Club.  Meanwhile, WHOSE KNIFE IS IT ANYWAY is available not only Amazon.com, but on Smashwords.com as well.  Until next time...

Posted by grandmothersinc50 at 2:10 PM No comments:

A NEW BOOK RELEASE and a BOOK REVIEW


Face of the Enemy


I like the old black and white, fast talking film noir mystery movies othe 1930s and 40s that I’ve occasionally run across on TV.  I like the sense of urgency, and the sense of style they convey, but rarely have I found a book that captured the feeling of that film genre, that is until I read Face of the Enemy, by Jo Anne Dobson and Beverly Graves Myers.


Set in December 1941, shortly after Japan bombed Pear Harbor, Face of the Enemy sheds light on America’s racial paranoia during that period of time, especially its bigotry toward people of Japanese descent.  Even more interesting is the fact that this novel doesn’t take place on the West Coast where there were mass government incarcerations of people of Japanese ancestry.  Instead, Face of the Enemy takes place on the East Coast, in the glitzy art world of New York City.


When the murdered body of an art dealer is discovered in his gallery, the authorities suspect artists, Masako Fumi, an avant-garde Japanese immigrant, married to a university professor, who is American and who is gravely ill.  Although there are other suspects and even a lead detective who is skeptical about her guilt, the FBI is anxious to turn the talented artist’s case into a political coup, especially since she’s the estranged daughter of a high official in the Japanese government.  It seems that Masako’s only hope for redemption is her husband’s nurse, an unassuming Southern bell named Louise Hunter, who fervently believes in the woman’s innocence and vows to help her.


The twists and turns in Face of the Enemy are a mystery lover’s delight.  The characters are vivid and the dialogue is snappy.  As for the storyline, it contains historic references about an era about which I knew little.  Face of the Enemy wasn’t merely entertaining, but educational as well.

Posted by grandmothersinc50 at 5:31 PM No comments:

GET A FREE EBOOK FROM THE LADIES OF LAUGHTER! 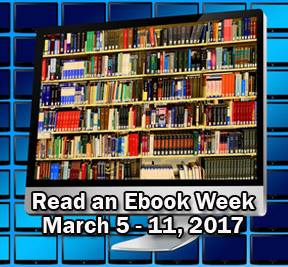 Ask most fans of mystery novels to name a black mystery writer and chances are the first name mentioned would be Walter Mosley.  Ask fans to name two more black mystery writers and you might be met with dead silence.  Perhaps many of their names aren’t known, but black mystery writers and the stories they tell date back to the early 20th Century.
Writer, Paula L. Woods, in an article written for The New Crisis magazine, (September/October 2001 edition) noted that the earliest mystery fiction written by an African American didn’t appear in book form, but in “colored” periodicals and newspapers.  As early as 1900, a journalists named Pauline Hopkins wrote the short stories, “The Mystery Within Us” and “Talma Gordon”, which appeared in issues of the Colored American Magazine.  A writer named John E. Bruce had his mystery “The Black Sleuth” serialized in the 1907-1908 McGirt’s Reader.
It wasn’t until 1926 that the first mystery novel by a black author was published.  A Jamaican writer named W. Adolphe Roberts wrote a book titled The Haunting Hand.  However, none of the characters in Roberts’ book were black.  Because of this it took nearly three quarters of a century for The Haunting Hand to be recognized as the first published mystery novel written by a black writer.
According to Woods, it wasn’t unusual in the 1920s for black characters to be absent from the mystery genre, even from those books written by black authors.  It took twelve years before a published mystery novel, written by an African American author actually featured Black characters.  The year was 1932 and the book was The Conjure Man, written by Rudolph Fisher, who was a physician and a personality of the Harlem Renaissance.  The Conjure Man featured Dr. John Archer, a physician sleuth, and his sidekick, Perry Dart, a NYPD detective.
Since then, besides Mosley, there have been many other African American mystery writers, past and present, all of whom continue to entertain readers—writers such as Chester Himes, Anthony Heywood, Gary Phillips, Elizabeth Taylor Bland, Chassie West, Valerie Wilson Wesley, and yours truly, the creators of the Grandmothers, Incorporated cozy mystery series, L. Barnett Evans and C.V. Rhodes to name only a few.
Posted by grandmothersinc50 at 6:06 PM No comments:


Hope you enjoy this article from the Speed City Sisters in Crime Blog!

Who was the First Fictional Female Detective in Literature?  C. V. Rhodes, co-author of the Grandmothers, Incorporated cozy mystery book series  did some on-line investigation and here's what she found.

According to the website Crime Fiction Lover (www.crimefictionlover.com) the character's name was Mrs. Gladden, featured in a series of serials called The Female Detective by Andrew Forrester.  Mrs. Gladden was an undercover police agent who employed "subterfuge and logical deduction" to solve cases.  Set in London, England, the serials were published in 1864.  The work was definitely fiction since women weren't recruited to London's Metropolitan Police until 1923.

The website states that a few months later a second English writer, William Stephens Hayward, wrote another series of serial adventures featuring a woman protagonists named Mrs. Paschal.  In Revelations of a Lady Detective, Mrs. Paschal was a cigarette smoking, gun toting sleuth who takes her crinoline petticoat off to go down a sewer.  That was racy stuff in 1864.

It wasn't until 1888 that the first British novel featuring a female protagonist was published.  Described as a poorly written work of fiction, the name of the book was Mr. Bazalgette's Agent, by Leonard Merrick.

It was a female author, Metta Victoria Fuller Victor, who wrote the first full length detective novel in America.  Published in the 1860s, ironically, her protagonist was a young attorney named Richard Redfield, a man.  It's with Redfield's help that a legendary detective from New York City--another man--solves a crime.  Go figure.
___________________
Visit the Grandmothers, Incorporated cozy mystery series website at www.grandmothersinc.com


Posted by grandmothersinc50 at 9:12 PM No comments:

Book #3 in the Grandmothers, Incorporated series

Book #2 in the Grandmothers, Incorporated series

Book #1 in the Grandmothers, Incorporated series

grandmothersinc50
L. Barnett Evans is a novelist, playwright and award-winning storyteller who appears regularly in venues across the country. C. V. Rhodes is a prolific author of romantic suspense novels and an awarding-winning playwright whose work has been produced in theatres throughout the United States. Together these marvelously mature writers are the co-authors of Grandmothers, Incorporated, a hilarious cozy mystery novel about three sixty-something widows who create havoc as amateur crime fighters. In 2010 Evans and Rhodes’ play based on the same title enjoyed an off Broadway run. Their Grandmothers, Incorporated book series includes, Saving Sin City and There's Something Wrong with Miss Zelda. Contact them by e-mail at grandmothersinc50@yahoo.com